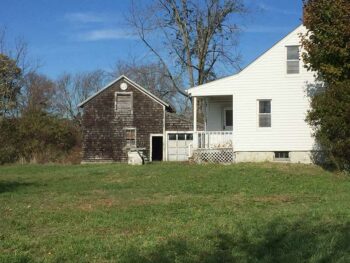 The Sowams Meadows Preserve is over 26 acres of valuable wetland habitat along the Palmer River. When the Massasoit Ousamequin (Yellow Feather) of the Pokanoket Nation first met the Pilgrims in what is now Plymouth, MA in 1621, he was living forty miles to the southwest in an area known as Sowams. While Massasoit presided over a network of tribes extending from just south of present-day Boston to Bristol, RI and from the Atlantic coast to present day Providence, RI., the area he chose for his home was along the Providence, Runnins, Ten-Mile, Barrington, Warren, Kickemuit, Palmer and Coles Rivers. 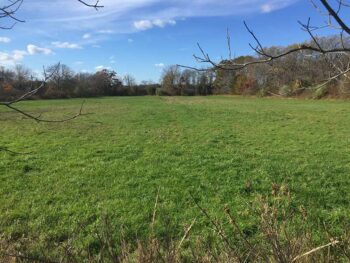 For thousands of years, these lands and waters have proven to be a bountiful resource for those making this area their home. The land came to be known as Sowams or ‘south country’. The original Algonquian people came to be known as the Pokanoket which refers to the “place of the cleared land.” Sowams was a rich land, described as a “garden” by Miles Standish and prized by the aboriginal tribes for its rich soil, abundant wildlife and access to the water that provided their food. When the colonists arrived, much of the land had already been cleared over the centuries to provide good hunting and easy access to fishing. Though tribes moved their settlements from place to place depending on the seasons, the area known as Sowams was highly prized for its natural resources.

It can be argued that Sowams is the pivotal place of cultural exchange between indigenous people and colonizing settlers in North America. Few people realize that there was a mutual defense treaty between the Pokanoket Tribe and the Plymouth settlers established around March 21,1621. This peace treaty stood for over 50 years before it was broken during the conflict known as King Phillip’s War in 1675. Following the war, all of Sowams and the rest of the Pokanoket land was occupied by the colonists, and nearly all of the remaining aboriginal population was either killed, enslaved or moved onto reservations. Over the next 150 years, towns were laid out in what was once Sowams, and nearly all traces of its original inhabitants were erased. What followed were years of continual development, the growth of towns, and the gradual loss of much of the original natural abundance that the colonists first encountered.

The Land Trust properties in question include large tracts of salt marsh meadows that are described and included in the 1653 deed by which the Massasoit transferred a large tract of land to the settlers from Plymouth. These unspoiled meadows are a reminder of the “garden” that was Sowams. In this 400th anniversary year of the treaty and the first visit of the English settlers to Sowams, it is most fitting that the Land Trust should honor the rich history of the land and the inspiring story of the survival and perseverance of the Pokanoket people by naming these properties the Sowams Meadows Preserve.

A major restoration project is underway by the Natural Resources Conservation Service of the USDA. Its conservation objectives include preserving and restoring habitat for the saltmarsh sparrow, as well as other species, both in the marsh and in the upland portions. NRCS is currently working on a conservation plan that will guide the restoration and management of this land. Wenley Ferguson of Save The Bay is the expert lead on the saltmarsh portion, which will include better drainage of stormwater from the marsh. Currently the marsh has too much standing water for too long periods of time. Wenley is working closely with NRCS as well as the Land Trust, an arrangement already proven to work just to the north, at the Haile Farm Preserve.

Updates will be posted on the web site and Facebook. This will include information on when and where public access will be possible. Stay tuned. 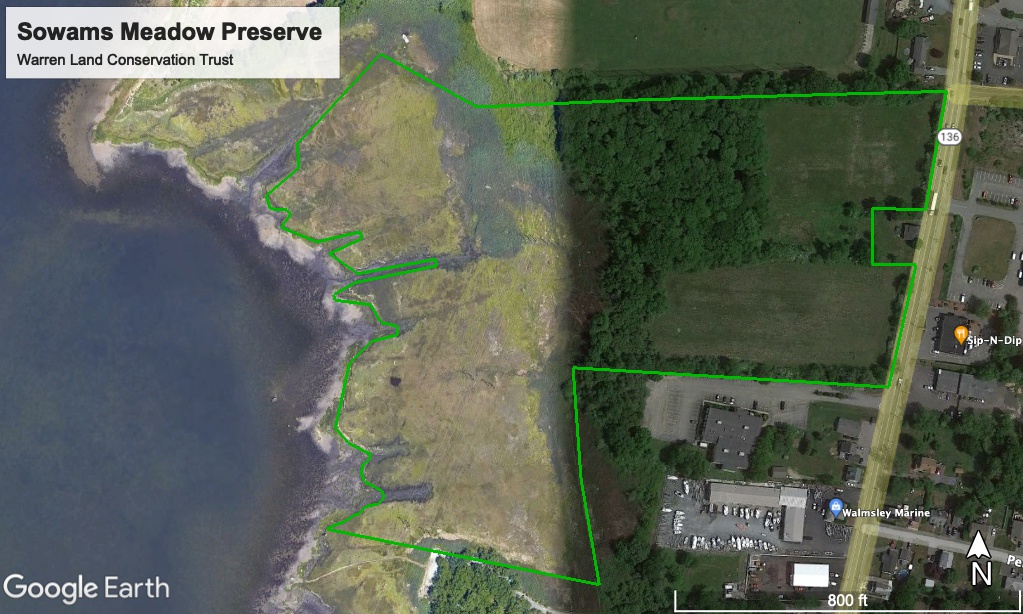