A group of dedicated volunteers has been working on numerous “work days” to improve the trails at HFP (check our Facebook posts at www.fb.com/wlctri and join us if you can).  But there were several issues that needed more intensive attention.

First, an abandoned “camp” was located on the property.  The amount of obvious junk and trash was considerable, and it lay right along one of our planned trails.  Clearly a hazard that needed to be removed.

Fortunately, we had been put in touch with the leadership of the local Boy Scout troop.  Several of their scouts were looking for projects to earn their Eagle Scout rank.  We defined the task and met with the interested scout, who accepted the considerable challenge of organizing and carrying out the cleanup project.

And he and his troop-mates and their parents did just that.  Over two weekends, they lugged load after load of yucky stuff over a temporary trail to the edge of our property, which borders the Swansea County Club.  (The scout also met with folks at the country club, who gave him the needed permissions).  Then a convoy of 5 trucks transported piles and piles of stuff to the Warren DPW’s transfer station for disposal.  The tallied weight of the trash was 1,928 pounds, plus several hundred pounds of recycled metal that was not weighed.

We congratulate Josh Amaral and Troop 25 for their fine work.

(And discussions are underway with several other Eagle Scout candidates about other projects to be accomplished at the HFP!)

Then there was the issue of the entrance to our property.  Since we acquired the property, we have been accessing it (with permission) over land owned by the corporation that owns the old Fed Ex building.  The actual planned entrance is a right of way (ROW) slightly to the south.  But it had never been cleared and was badly overgrown.  As part of our agreement to acquire the property, the Town of Warren had agreed to clear the ROW.  Conversations with Jan Malik, the Director of the Department of Public Works, had defined this task and last week, using heavy equipment, the trail was cleared.   There is still work to be done on this 0.15 mile “trail,” but we can now tackle the task of providing easy, legal access to the Haile Farm Preserve.

Thank you to all the folks at Warren DPW for their help. 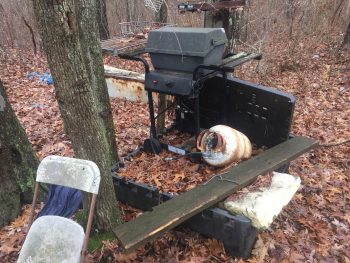 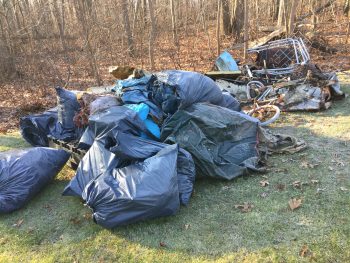 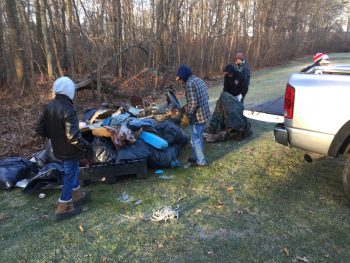 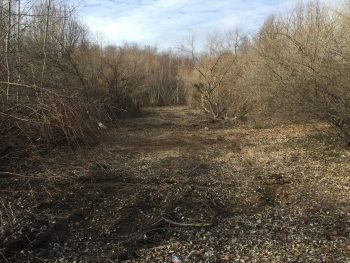